The Golf Centre is now open which includes the golf course, the driving range and the footgolf course. Our PGA Professional is available for lessons and the cafe is now open. Please note that we are ONLY TAKING PAYMENTS VIA CARD MACHINE OR ONLINE BOOKING SYSTEM. We are not accepting any cash payments at the moment. 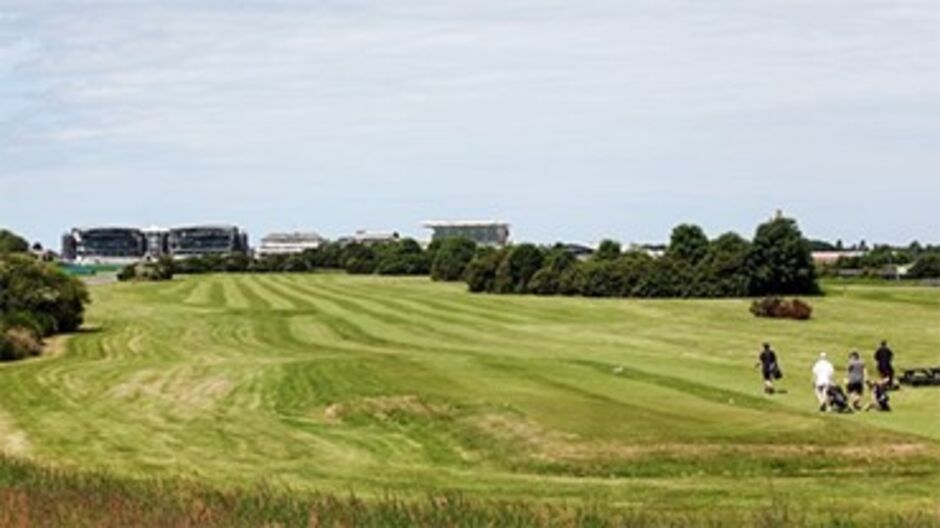 We offer tailor made packages that suit your needs.... 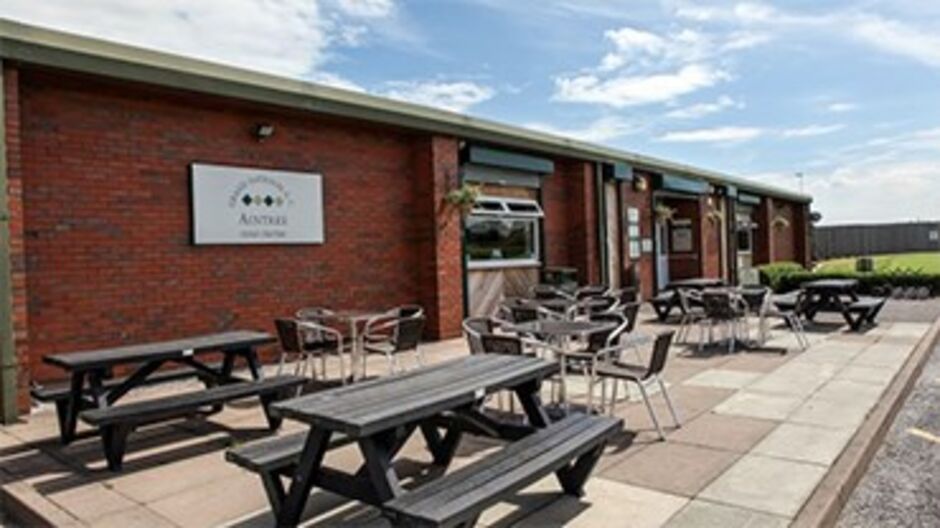 There is no joining fee and a series of benefits that come with every membership. 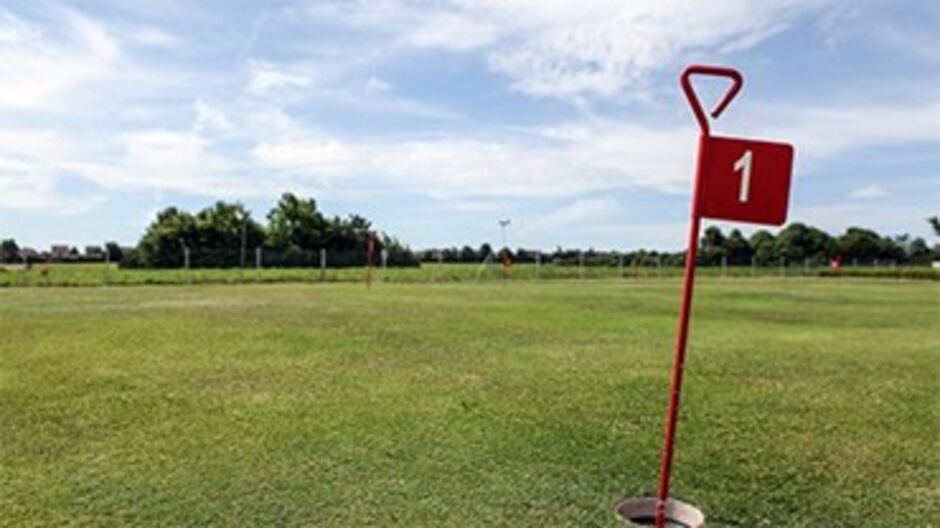 We have a 30 bay floodlit driving range with 4 spacious teaching bays...

"Whether you want to practice in our Driving Range or get top tips and practical advise from the best in the game, our Golf Centre is the best place for you."

"Our Golf Centre is the best place for you."

Playing in the English Amateur Championship of 1974 at Moortown Golf Club in Leeds, Nigel Denham was a little bold, and a touch left, with his approach shot to the 18th hole. His ball bounced off a path and flew through an open door at the side of the clubhouse.

At that time the clubhouse was not deemed out of bounds so Denham went to look for his ball. He just followed the shouts, as it had ricocheted off a wall and into the bar, where it had come to rest under a table. With numerous drinkers egging him on, Denham looked at the situation and wondered if a shot might be possible. He moved the table and chairs and saw he could make a swing. He opened one of the windows overlooking the 18th green and played a delicate chip off the carpet, his ball snuck through the window and landed on the green. It rolled up to within five feet of the hole and, of course, he holed the putt for a miraculous par four.

Andrew Ruthkoski, a pro golfer based in Muskegon, Michigan, has shot one of the most scarcely believable rounds of golf you're ever likely to hear about. Stepping out for a casual Sunday evening game with his twin stepdaughters, the 39-year-old broke his own course record at Oak Ridge Golf Club, setting a new benchmark of 17-under 55. No, that's not a typo. Ruthkoski's previous best was an 11-under 61, which he had unbelievably matched by the time he stood on the tenth tee thanks to four(!) eagles, three birdies and a couple of pars in a front-nine 25. To that end, he came home in a modest 30 for the record score that you'd like to think will stand the test of time. However, he nearly called it quits after six holes, according to the report in The Detroit News(opens in new tab). It was 8.45pm by the time Ruthkoski had opened his account with three eagles and three birdies, and that's the time by which the clubhouse asks for carts to be returned. With that in mind, Andrew's stepdaughters decided that was enough and returned their vehicles so club employees weren't waiting around. Luckily, fate intervened, with Ruthkoski's friend Dave Buck, who has a house next to the course and his own cart, offering to drive the rest of the way, sensing the slice of history that was on the horizon. Pars would follow at the seventh and eighth, stalling the momentum slightly, before Ruthkoski drove the par-4 ninth and converted the 20-footer for eagle. After a birdie at the tenth, the 39-year-old began to feel the pressure of posting a sub-60 round.At 12-under through 12, he recovered from a poor tee shot on the 13th to birdie the par-5, which sparked a run that would see him storm to the finish.  He nearly holed his tee shot on the par-3 14th. Birdie. He nearly holed from 30 feet for eagle on the next. Birdie. He hit the flagstick with his approach to the par-4 17th. Birdie. And he sensibly dribbled a slick eagle putt to tap-in range on the last. Birdie. All in all, four eagles, nine birdies and five pars went into the making of Ruthkoski's 55 that wrapped up just shy of 10pm local time.

Once again, we reiterate that if anyone has anything they wish to share with us, please do not hesitate to get in touch....aintree.golf@thejockeyclub.co.uk.

WHAT OTHERS SAY ABOUT US 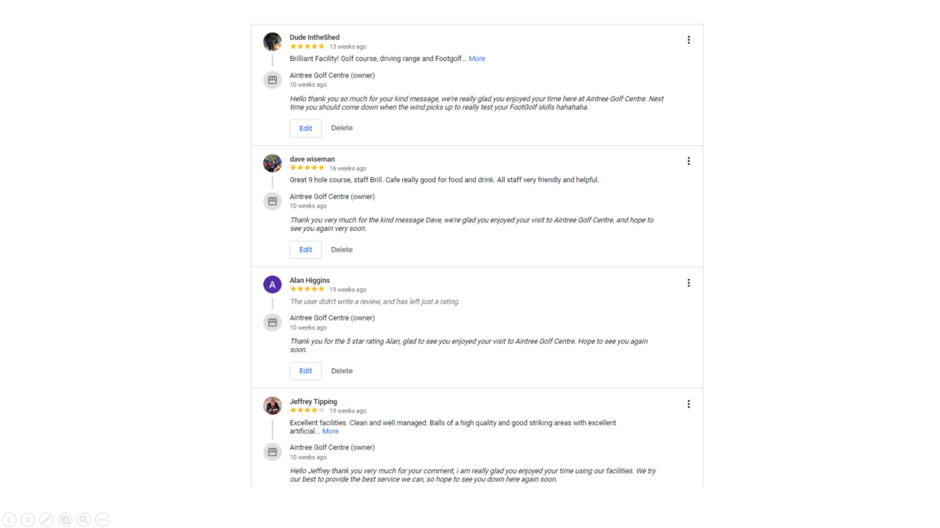